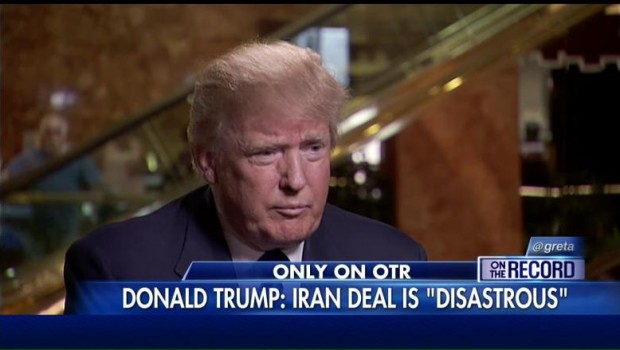 WASHINGTON, Nov 10 2016 (IPS) - Donald Trump’s victory over Hillary Clinton threatens to mainstream the Islamophobia, misogyny, racism, and anti-Semitism that swirled around his candidacy and supporters. On the foreign policy front his comments were no less shocking. But the Iran nuclear deal, which Trump hasn’t discussed in any depth beyond his promise at AIPAC’s March conference that his “number-one priority is to dismantle the disastrous deal with Iran,” may stand as an early litmus test for his relationship with NATO allies.

Although Republican opponents of the deal frequently talked about unilaterally reneging on the agreement, they were never faced with the real likelihood of a president who might go along with the proposal or, possibly, even take the lead in such an action.

A key argument for the deal, which will no doubt be made to Trump’s foreign policy team as well as members of the House and Senate, is that reneging on the Joint Comprehensive Plan of Action (JCPOA) will do far greater damage than just a deterioration in relations with Iran, a possible resumption of Iran’s production and buildup of medium-enriched uranium, and a setback in potential areas of cooperation with Iran particularly with respect to the war on the Islamic State in Syria and Iraq as well as efforts to stabilize Afghanistan.

Breaking the deal could also be a fundamental breach of trust between the U.S. and the other P5+1 countries—China, France, Russia, the United Kingdom, and Germany. Iran signed the agreement with these countries to curtail its enrichment activity in exchange for sanctions relief that largely came in the form of trade deals with European countries and access to European banking systems.

He has questioned whether the U.S. should continue to offer security guarantees for countries that had not “fulfilled their obligation to U.S.” and threatened to withdraw U.S. military forces from European and Asian NATO partners if those allies fail to pay more for Washington’s protection
Maintaining good relations and pursuing confidence-building measures with NATO allies have been bipartisan policies since NATO’s founding in 1949. But Trump has already hinted that he’s not averse to shoving historical allies in Europe and Asia to the curb.

He has questioned whether the U.S. should continue to offer security guarantees for countries that had not “fulfilled their obligation to U.S.” and threatened to withdraw U.S. military forces from European and Asian NATO partners if those allies fail to pay more for Washington’s protection.

Those comments, and his questioning of whether the U.S. should seek better relations with Russia, have already given NATO’s leadership reason for concern. Following Trump’s victory, NATO Secretary-General Jens Stoltenberg offered congratulations but also a reminder of U.S. treaty obligations. “NATO’s security guarantee is a treaty commitment,” said Stoltenberg. “All allies have made a solemn commitment to defend each other. This is something absolutely unconditioned.”

Indeed, if Trump is seeking to extricate the U.S. from NATO, much of that discussion might occur behind closed doors during negotiations over how much each NATO member contributes in financial and military resources.

But the JCPOA offers an early, very public test of where the Trump administration’s intentions may lie vis-à-vis Washington’s transatlantic allies.

There is, no doubt, pressure on Trump to consider a unilateral breaching of the nuclear agreement. His largest single campaign donor, casino billionaire Sheldon Adelson, is adamantly opposed to the deal. Adelson funded many of the groups and politicians who sought to derail negotiations between the P5+1 and Iran and proposed launching a nuclear attack on Iran as a negotiating tactic. Former House Speaker Newt Gingrich, who is touted as a leading candidate for secretary of state and whose candidacy for the Republican presidential nomination during the 2012 primary campaign was sustained virtually singlehandedly by Adelson’s $15 million in contributions, has called for the JCPOA to be torn up on inauguration day. Another possible pick for the job, John Bolton, has repeatedly called for the agreement to be scrapped.

And the Republican Party, which has benefited greatly from Adelson’s largesse, has repeatedly sought to introduce unilateral sanctions against the Islamic Republic since it was reached in 2015. Although Trump may not himself be inclined to immediately abrogate (or “renegotiate”) the six-party accord, there will certainly be a move by Republican lawmakers to do so in which case he will have to decide whether to go along or push back.

On January 20, foreign policy analysts in the U.S. and NATO allies in Europe and Asia will be watching closely to see how a newly inaugurated President Trump approaches his predecessor’s signature foreign policy achievement, a deal brokered with the closest U.S. allies and biggest trading partners.

It will be a key test for how the Trump administration plans to work alongside or against members of the treaty organization, the most important and successful pillar of U.S. foreign policy in the post-World War II era. And, of course, if a Trump administration tears up the deal, other key Washington allies such as Japan and South Korea—as well as potential allies that have developed renewed commercial ties with Iran, notably India—are sure to take note.

Jim Lobe served for some 30 years as the Washington DC bureau chief for Inter Press Service and is best known for his coverage of U.S. foreign policy and the influence of the neoconservative movement.