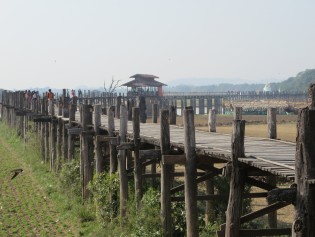 By Fawzia Sheikh
With an initial focus on oil-producing Nigeria and mineral-rich Ghana, Ottawa is bolstering its trade strategy in Africa, but some within the international development and economic communities have expressed concerns about Canada’s approach.

By Fawzia Sheikh
First Nations’ leaders are calling on the Canadian government to establish an independent commission of inquiry to investigate at least 582 missing and murdered indigenous women and girls - a wish which was not immediately granted by provincial premiers meeting last week.

By Fawzia Sheikh
With accusations that Canadian resource companies and government officials are disregarding the need for indigenous consent in development projects, First Nations leaders have lashed out by approving a resolution calling for a moratorium on mining development in the so-called Ring of Fire until proper consultation begins.

Canada Targets Traffickers, With a Close Eye on Sex Work

By Fawzia Sheikh
The arrests last week of the three remaining perpetrators of the alleged Opapa human trafficking ring, which forced 19 people recruited from Hungary to endure long work days, poor living conditions and no pay in the Canadian construction industry, has cast a light on Ottawa’s new measures to combat the crime.

By Fawzia Sheikh
Canada's West Coast First Nations are feeling overwhelmed by crises affecting their land rights, economic well-being and health, prompting warnings in one territorial dispute with a local energy company that the country risks a degeneration of Aboriginal-federal government relations to a level unseen in two decades.

By Fawzia Sheikh
An indigenous group in the Amazon rain forest took its anti-oil message to Canada in a case rife with accusations of social and environmental damage that highlights the issue of securing consent prior to commencing exploration operations.

By Fawzia Sheikh
Many Canadian civil society organisations working in international development are still awaiting a definitive answer about future government funding, a months-long lag critics argue has hampered overseas operations and only worsens Canada's global reputation when viewed in light of other issues in recent years.

By Fawzia Sheikh
Canadian cooperatives may grow as the global Occupy movement raises the profile of their business model through boosting interest in credit unions over traditional banks, but uncertainty remains about the degree to which the two camps will join forces from here on.

By Fawzia Sheikh
The Toronto public school board has approved the second 'Africentric' Alternative School despite persistent criticism that the format attracts mainly black students and is equivalent to segregation in a country that prides itself on national unity regardless of ethnic differences.

By Fawzia Sheikh
Despite the crossfire of Canadian accusations of human rights violations by Sri Lanka at the end of its civil war and Colombo's corresponding counter-claims, the economically battered South Asian country aims to bolster its trading relationship with Canada and increase foreign direct investment.

By Fawzia Sheikh
Bolstered by gold prices hovering above 1,800 dollars an ounce and a global economy slowly recovering, exploration activity for the precious metal in 2010 once again rebounded. Yet, with this surge comes the attendant scrutiny by activists, investors, and the media into the industry's human rights and environmental records abroad.
ADVERTISEMENT ADVERTISEMENT