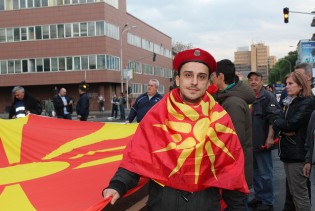 By Frank Mulder
Many Europeans fear the Transatlantic Trade and Investment Partnership (TTIP) because it could enable American companies to file claims against their states. The strange thing, however, is that Western Europe is becoming a big hub in this mechanism, called the Investor-State Dispute Settlement (ISDS), leading to billion dollar claims against poorer countries.

By Frank Mulder and Johannes Mulder
Growing numbers of asylum seekers are being denied refugee status by the Dutch authorities, but cannot go back to their own country either. Forced removals are doing little to better the situation.

Counting the Cost at 2,600 Litres of Water a T-Shirt

By Frank Mulder
The share of organic cotton is increasing in an unstable cotton market, thanks to big European retailers like H&M and C&A who've jumped on the bandwagon of offering organic clothing at a low price. But whether this benefits the farmer is another matter.

Poles Apart in These Online Wars

By Frank Mulder
Many people are appalled by the anti-Polish website established recently by the Dutch Freedom Party (PVV). The site encourages complaints against migrant workers from Central and Eastern Europe, particularly from Poland. The Poles are hitting back with their own hotlines, and humour.

Overspeeding China Must Slow Down

By Frank Mulder
Rosy figures tempt China to postpone much-needed reform, says a renowned Chinese economist. "Much growth is non-productive, with enormous speculation widening the gap between rich and poor."

By Frank Mulder
Forget speculators, forget biofuel farmers. The real cause behind the permanent food and agricultural crisis is the imperial food regime, squeezing money out of agriculture, a Dutch professor says.
ADVERTISEMENT ADVERTISEMENT