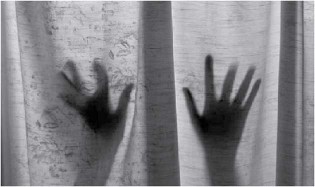 By Geetika Dang , Vani S. Kulkarni and Raghav Gaiha
Kidnappings and abductions have soared since 2001. The National Crime Records Bureau (NCRB) shows that their share in total crimes against women nearly doubled from 10% in 2001 to 19% in 2016. More striking is the fact that 11 women were kidnapped or abducted every day in Delhi in 2016. What these statistics do not reveal are brutal gang-rapes of kidnapped minors and women, multiple sales to husbands who treat them as animals, unwanted pregnancies, police inaction, and frequent abandonment with nowhere to go—not even to their maternal homes—because of the stigma of a being a “prostitute”.

By Geetika Dang , Vani S. Kulkarni and Raghav Gaiha
Dowry deaths rose from about 19 per day in 2001 to 21 per day in 2016. It is indeed alarming that the rise in dowry deaths is unabated despite greater stringency of anti-dowry laws. In 1961, the Dowry Prohibition Act made giving and taking of dowry, its abetment or the demand for it an offence punishable with imprisonment and fine or without the latter. This was an abysmal failure as dowries became a nationwide phenomenon, replacing bride price. More stringent laws followed. The Criminal Law Amendment Act in 1983 inserted a new section (498-A) to deal with persistent and grave instances of dowry demand and such offences were punishable with imprisonment extendable to three years. As cases of brutal harassment and dowry deaths continued to rise, another Act was passed in 1986, relating specifically to the offence of dowry death.
ADVERTISEMENT ADVERTISEMENT