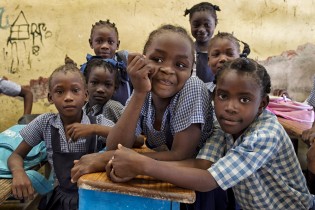 By Gloria Schiavi
A multi-stakeholder group has expressed strong support for a stand- alone goal to protect healthy oceans in the U.N.’s post-2015 development agenda to be finalised next year.

By Gloria Schiavi
With the U.N. General Assembly expected to discuss a proposed moratorium on the death penalty later this year, a senior U.N. official said the world body is supportive of the proposal to end this “cruel practice.”

By Gloria Schiavi
A new report issued by the Economic Commission for Latin America and the Caribbean (ECLAC) analyses the gaps in the fulfilment of rights of indigenous peoples in the region.

By Gloria Schiavi
A 2.5 degrees celsius increase in the world’s temperature would cost around 2.5 percent of the region's Gross Domestic Product (GDP), while implementing actions to mitigate these effects would be more cost-effective, according to a new report released by the Economic Commission for Latin America and the Caribbean (ECLAC).

By Gloria Schiavi
The current Ebola virus outbreak in West Africa is the largest the world has ever seen, U.N. Secretary-General Ban Ki-moon told the Security Council Thursday.

By Gloria Schiavi
The strife-torn Middle East has accounted for around 40 percent of all journalists killed last year, according to the New York-based Committee to Protect Journalists (CPJ).

By Gloria Schiavi
Children in Gaza are in desperate need of psychosocial support to cope with the violence and destruction they have witnessed, both on a physical and emotional level, a U.N. official saidThursday.

By Gloria Schiavi
When Boko Haram abducted more than 200 girls from their schools in Chibok, Nigeria last April, an international outcry was heard across the world under the slogan #bringbackourgirls.

U.N. Underlines Key Role for Youth and Sports on Development