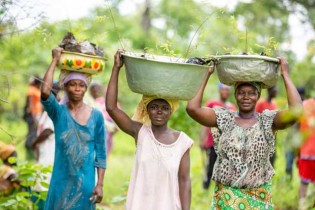 By Jamison Ervin
There is a Quechan fable about a hummingbird named Dukdukdiya. During a fierce forest fire, while all other animals stood in stunned fear, Dukdukdiya alone took action by repeatedly carrying a single drop of water in her beak to the flames. When asked why she bothered with such paltry efforts, she replied that she was simply doing everything in her power to stop the fire.

By Jamison Ervin
Indigenous peoples, who comprise less than five percent of the world’s population, have the world’s smallest carbon footprint, and are the least responsible for our climate crisis. Yet because their livelihoods and wellbeing are intimately bound with intact ecosystems, indigenous peoples disproportionately face the brunt of climate change, which is fast becoming a leading driver of human displacement.
ADVERTISEMENT ADVERTISEMENT