The writer is Manager, UNDP’s Global Programme on Nature for Development 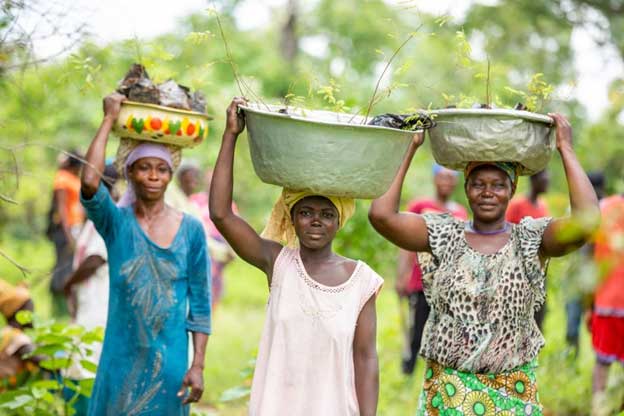 UNITED NATIONS, Aug 8 2022 (IPS) - The International Day of the World’s Indigenous Peoples, commemorated annually on August 9, is a day to celebrate the many contributions of the 476 million Indigenous peoples worldwide.

As the world grapples with a planetary crisis of both biodiversity loss and climate change, scientists and policy makers are racing to find viable solutions. Increasingly, they are recognizing that the traditional knowledge of Indigenous peoples could well provide cost-effective nature-based solutions.

For example, the authors of a recent national environmental assessment in Australia have for the first time recognized the importance of Indigenous knowledge in avoiding catastrophic fires; a new federal program in Canada provides funding for Indigenous coastal guardians, in recognition of their unique knowledge; and Indigenous knowledge of tiger behavior is helping avoid human-wildlife conflicts in Nepal.

This is a radical departure from the past, when the knowledge and efforts of Indigenous peoples has traditionally been marginalized or discredited.

The emerging recognition of the importance of Indigenous knowledge of the natural world is part of a broader dawning awareness that there are cracks in our global capitalist system – cracks that if allowed to continue to grow, pose an existential threat to humanity.

The front page headline from the Financial Times in 2019, “Capitalism. Time for a Reset,” summarizes what is needed – a profound transformation in the global status quo on how we protect, restore and manage natural resources, and a reset on our relationship with Indigenous peoples, especially women and youth.

This year marks the 20th anniversary of the first Equator Prize, a UNDP-led partner initiative that recognizes Indigenous peoples and local communities from around the world who use sustainable nature-based solutions to achieve their local development needs.

Joining 264 winners from the past, among this year’s ten winners, selected from a pool of over 500 nominations from 109 countries, are several examples that illustrate the social and economic transformations needed to put Indigenous knowledge, and Indigenous women, at the forefront of a new pact with nature.

At the forefront of restoration knowledge

The Associação Rede de Sementes do Xingu from Brazil brings together women from 25 Indigenous and agricultural communities to collect and commercialize over 220 different species of native seeds for large-scale ecological reforestation of the Amazon and the Cerrado.

In doing so, they have generated more than $700,000 in local incomes, financially empowering Indigenous women throughout the region. The organization also partners with local research institutions to exchange and blend local and technical knowledge, practices, and research to combat industrial agriculture and mass deforestation, seed by seed.

Restoration is a social and ecological imperative; the latest Global Land Outlook found that as much as 40% of the world’s lands are degraded. And while the global community has pledged to restore a billion hectares of degraded land by 2030, it is through the knowledge and action of community members such as those from the Associação Rede de Sementes do Xingu that can help make these pledges a reality.

The Organización de Mujeres Indígenas Unidas por la Biodiversidad de Panamá is an Indigenous, women-led organization in Panama uses Indigenous knowledge of conservation techniques to protect jaguars, while preserving both their territory and their culture.

The recent Global Assessment Report on Biodiversity and Ecosystem Services by the International Panel on Biodiversity and Ecosystems found that more than a million species are at risk of extinction, and large predators such as jaguars are especially vulnerable to disruptions in habitat connectivity, particularly in a place such as Panama, which serves as a narrow connectivity corridor between continents.

The Indigenous knowledge and actions of OMIUBP play an essential and outsized role in safeguarding the future of jaguars in the Americas.

At the forefront of sustainable supply chains

The Sunkpa Shea Women’s Cooperative of Ghana, an Indigenous, women-led cooperative, is setting an example for sustainable commodity production through their shea butter production cooperative. The cooperative has redefined production practices in the region by developing a Community Resource Management Area that includes zones of for production areas, no-take zones and limited-use areas.

Their management plan also includes ecosystem restoration with Indigenous food forests, as well as traditional fire management practices that mitigate wildfire risk in this drought-prone region of Ghana. By integrating their organic production into international supply chains, they are improving the lives of 800 women, while safeguarding biodiversity and eliminating deforestation.

While hundreds of companies have pledged to eliminate deforestation from their supply chains, few have achieved this goal. It is through progressive groups such as the Sunkpa Shea Women’s Cooperative of Ghana that we see true progress.

The International Day of the World’s Indigenous Peoples, commemorated annually on August 9, with the theme of the role of Indigenous women in the preservation of traditional knowledge, is a timely reminder of the profound transformations we need now, and the need to foster the vital role of women in the intergenerational transmission of knowledge at the core of Indigenous identity, culture, and heritage.

This year’s Equator Prize winners are an inspiration that these transformations are already underway, and that effective women-led solutions to our planetary crises are at hand.

Learn more about the winners on the Equator Initiative’s website, and join us for a celebration on November 30 at the virtual Nature for Life Hub.