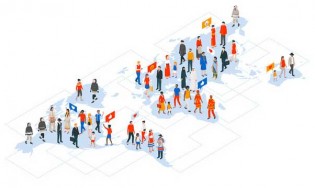 By Patrick Amir Imam and Kangni Kpodar
The notion of citizenship has evolved over time. Historically, allegiance was typically to an ethnic group or a feudal lord. With the birth of the nation-state in the 19th century came the need to distinguish between those who belonged to the state and those who didn’t, and therefore to create a legal distinction between nationals and foreigners.
ADVERTISEMENT ADVERTISEMENT