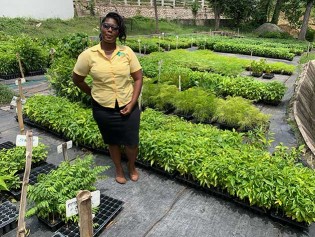 On the occasion of World Environment Day, 5 June 2021, drawing from IPS’s bank of features and opinion editorials published this year, we are re-publishing one article a day, for the next two weeks. The original article was published on January 20 2021

By Kate Chappell
For decades, every time it rains heavily in Jamaica, a daunting deluge of plastic bottles and bags, styrofoam and other garbage trundles its way down a network of countless gullies and streams. If they don’t get snagged somewhere, they end up in the Kingston Harbour or close to the beaches ringing the tourist-heavy North coast.

By Kate Chappell
In Jamaica, school playgrounds are deserted, filled only with phantom shrieks of delight. Blackboards remain devoid of arithmetic and uniforms hang wrinkle-free in closets. When the first case of Covid hit Jamaican shores in early March, the government closed primary and secondary schools and over 500,000 children transitioned to remote learning. The majority of schools have yet to resume face-to-face classes since the March 13 closure.
ADVERTISEMENT ADVERTISEMENT