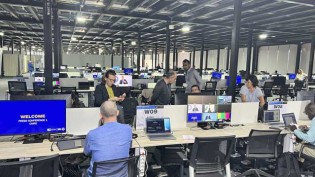 By Kingsley Ighobor
One day in February 2020, Accra-based coffee and cocoa trader Meron Dagnew visited the Secretariat of the African Continental Free Trade Area (AfCFTA) to introduce herself, even before the Secretariat was fully operational.

By Kingsley Ighobor
Government staffer Souhayata Haidara enjoys talking about her life in a patriarchal society. Her career is a triumph of patience and perseverance, she tells Africa Renewal with a smile and a wink.

By Kingsley Ighobor
Following the unveiling of the African Continental Free Trade Agreement in Kigali, Rwanda, in March 2018, Africa is about to become the world’s largest free trade area: 55 countries merging into a single market of 1.2 billion people with a combined GDP of $2.5 trillion.

By Kingsley Ighobor
From “Africa Reeling” to “Africa Rising,” there’s a new narrative for the African continent, now showing promising signs of sustainable growth under more stable governments. McKinsey & Company, a global management consulting firm, predicts that Africa’s combined GDP will be $2.6 trillion by 2020 and that “Africa’s consumer spending by 128 million households with discretionary income is expected to be around $1.4 trillion.”
ADVERTISEMENT ADVERTISEMENT