Stories written by Lameck Masina
Lameck Masina is a journalist based in Blantyre, Malawi. He has been in the field since 1995 working in both print and electronic media. Besides IPS, he files for several international media organisations. He is currently working as an online editor for privately-owned Capital Radio in Blantyre, Malawi. 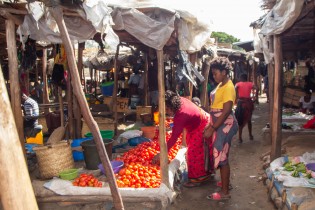 By Lameck Masina
Health rights activists in Malawi are expressing concern over the recent rejection of the country’s proposal for close to six hundred million dollars to the Global Fund to fight HIV, tuberculosis and malaria between 2011 and 2016.

By Lameck Masina
An experience which Belita Simpokolwe went through in December last year remains deeply etched in her memory. "Sometimes I fail to concentrate in class when these things come back to my mind," laments 13-year-old Simpokolwe, a grade six pupil at Kawale Primary School, in the northern Malawi district of Chitipa.
ADVERTISEMENT ADVERTISEMENT