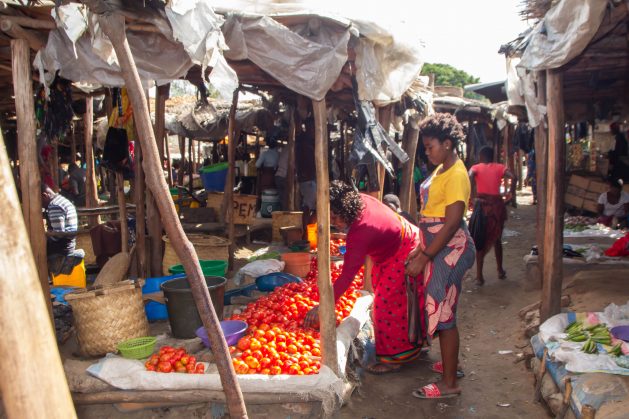 BLANTYRE, Malawi, Jun 11 2020 (IPS) - Malawi remains one of the few nations in the world that has not gone into a coronavirus lockdown as the government rushes to meet the conditions of a court order to implement a cash transfer scheme for the poor before doing so. But as some parts of the world are slowing coming out of their lockdowns, it could be likely this southern African nation won’t go into one as the rerun of the country’s presidential election nears.

On Apr. 27, President Peter Mutharika announced the roll out of a multimillion dollar emergency cash transfer exercise aimed to cushion the peri urban poor from the impact of the coronavirus.

The exercise, which was expected to roll out in May, was in response to demands from civil rights organisations, who obtained a court injunction against a planned 21-day lockdown scheduled to start Apr. 18, outlining the lack of measures to cushion the country’s vulnerable. The court ruled the cash transfer scheme be implemented and a lockdown would be suspended until then.

Under the World Bank-funded programme, beneficiaries will receive MK35, 000 (about $47) a month, for six months.

Widow Elizabeth Longwe has been earning her daily income by selling tomatoes at Limbe market in Blantyre. But since the country confirmed its first case of coronavirus on Apr. 2, her daily sales have reduced by almost half.

Her customers stopped purchasing from her for fear of contracting the virus, which has killed over 400,000 people across the globe.

“Instead, people started buying things in bulk and using them sparingly, making it difficult for small scale businesses like mine to enjoy the same kind of sales one would do on a normal day,” she tells IPS.

The mother of three says she “thanks God” that her lack of sales came after the government suspended schools in response to the pandemic.

“It would have been a disaster to me because I couldn’t have managed to provide transport money for my two older children to school daily. But still, my worry was how I would manage to feed my children,” she says.

But she had been hopeful for financial assistance when the cash transfer scheme was been announced.

So too was Lackson Tembo, who trades in second-hand clothes, also at Limbe Market.

Where is the money?

But Tembo and Longwe, who are among the first beneficiaries listed for the cash transfers, are yet to receive the money. And they have not been informed why. They fear that remarks by the country’s Vice President Saulos Chilima, who said at a political rally in May that donors have withheld the funds for fear of abuse, may in fact be true.

However, spokesperson for the Treasury Department in the Ministry of Finance Williams Banda tells IPS that the funds are there but disbursement is delayed because they have been working on “implementation modalities”.

“The World Bank was targeting the peri-urban hotspots of the major cities … [but] when the technical committee looked at the list, they noted that the targeted beneficiaries [vulnerable groups] were not on the lists,” says Banda.

Banda says this forced the technical committee to suspend the listing and start engaging with “the ones who do the normal social cash transfer, to get to those who are indeed vulnerable and very poor individuals in the peri-urban hot spots”.

However, many still doubt if the lockdown will ever take off as political leaders intensify their campaign rallies ahead of the country’s presidential re-run, expected to be held on Jul 2.

But at a political rally on Saturday, Jun. 6, in the Zomba City in southern Malawi, former President Joyce Banda accused the government of exaggerating figures of COVID-19 cases.

Malawi has so far confirmed 455 COVID-19 cases with 4 deaths and 55 recoveries.

“Since April, we have only registered four deaths, and recently we saw the government faking people suffering from the coronavirus, to find an excuse to postpone the election through a lockdown, but still, more are recovering.

“Let’s just thank God that we have been spared from this pandemic rather than deliberately bloating cases to attract donor money,” she had said.

Her remarks were an echo of what other opposition leaders have been saying; that the government should forget imposing a lockdown as Malawians are eager to go to polls.

Cash transfer to start soon … but what of COVID-19 testing?

While it is uncertain if the country will ever go into a lockdown, Minister of Population Planning and Social Welfare Clara Makungwa tells IPS that with or without the lockdown, the emergency cash transfer will still roll out because of the increasing number of people impacted by COVID-19. This includes migrant workers who are returning home, as well as those who are unable to run their businesses as people implement their own social distancing measures here.

“Figures for those affected are getting bigger and bigger now. For example we have 17 busses coming soon with people [migrant workers who were stranded in South Africa because of the lockdown there] who are coming back home, they are helpless. Those that have businesses are suffering. They are not enjoying the usual business as they were doing before. These people still need assistance,” she tells IPS.

Makungwa says some of the issues which delayed the roll out of the programme have been resolved and expectation is that the exercise would start by the end of this month.

“We needed to train the enumerators, brief the block leaders because they are the ones to benefit and also work with city councils.  So we have come that far and we are now ready for the enumerators to go round doing the enlisting and the programme will roll out,” says Makungwa.

However a lecturer in economics at Malawi Polytechnic, Betcheni Tchereni, tells IPS that although the cash transfer would help mitigate the impact of the virus on the poor, efforts to contain the spread of the virus should also be funded.

“The best thing that we should do is procure enough testing kits and make sure that pretty much everybody has been tested. That way then it will be alright and make sure that porous borders have been closed. Because you have seen that most of the people have been affected or infected because of someone who travelled from abroad,” Tchereni tells IPS.

Malawi with a population of about 18 million has just tested 13 COVID-19 testing sites according to the Public Health Institution of Malawi. About 6,000 people have far been tested.