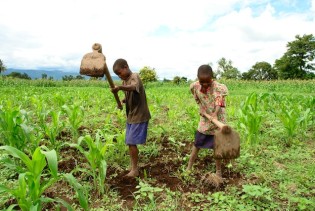 By Orton Kiishweko
Smallholder farmer Peter Mcharo, from Morogoro Region in eastern Tanzania, has a reason to smile. His fields are full of green, healthy maize plants, he has richer soil and he spends less time farming now than he did two years ago.

By Orton Kiishweko
Avelina Elias Mkenda, a 52-year-old small-scale farmer in the Mbarali district of Tanzania’s southwestern Mbeya region, can sense a change in her environment.