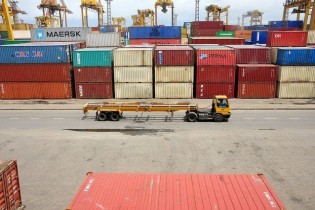 By Richard Heydarian
After a year of futile diplomatic efforts aimed at resolving the South China Sea disputes, the Philippines has risked permanent estrangement with China by pressing ahead with an unprecedented arbitration case before a United Nations court at The Hague, while ironing out a new security pact with the U.S.

By Richard Heydarian
Dissatisfied with the Philippines’ response to the 2010 Manila hostage crisis, which led to the death of eight Hong Kong residents and injuries to seven others, authorities took the unprecedented decision late January to impose travel restrictions against Filipino officials. The restrictions took effect Feb. 5.

Japan Cuts Some Distance From Its Military Days

By Richard Heydarian
In a move that promises to further raise geopolitical tensions in the region, Japanese Prime Minister Shinzo Abe made a high-profile visit to the Yasukuni Shrine associated with 14 Class-A war criminals and dedicated to 2.5 million soldiers from the Japanese Imperial era.

By Richard Heydarian
Since his rise to power in late 2012, China’s President Xi Jinping has managed to consolidate his control swiftly over the three pillars of the Chinese political system, the state bureaucracy, the Chinese Communist Party (CCP), and the military. In response, many neighbouring countries cautiously welcomed a more self-confident and stable leadership in Beijing, hoping the new Chinese president will display greater flexibility on outstanding regional issues.

People Pressure Piles up to Cleanse the Philippines

By Richard Heydarian
Under the reformist leadership of President Benigno Aquino III who has placed “good governance” initiatives at the heart of his administration’s agenda, the Philippines has enjoyed an unprecedented period of economic revival and political stability.

By Richard Heydarian
With the administration of Philippines President Benigno Aquino III devoting much of its political capital to resolving the conflict in the southern Philippine island of Mindanao, which has claimed around 150,000 lives over decades, many came to believe in the genuine possibility of a new era of stability and economic prosperity in the region.

By Richard Heydarian
With little sign of a meaningful diplomatic breakthrough on the South China Sea horizons, coupled with a dangerous escalation between Vietnam and China in the disputed waters, the Philippines has faced an added crisis over the Malaysian state of Sabah.

By Richard Heydarian
After almost two decades of non-stop negotiations, and two years of intense U.S. opposition, the much-delayed and controversial 7.5 billion dollar Iran-Pakistan pipeline is well on its track to full operation in the next 15 months.

By Richard Heydarian
The Association of Southeast Asian Nations (ASEAN) summit in Cambodia, bringing together top leaders of all ten member nations represents a critical juncture to ensure regional security and in shaping the fate of the organisation itself, as divergent strategic positions among member countries threaten the very fabric of the regional body.

By Richard Heydarian
Iran continues to defy western pressure and assert its interests in the highly strategic and vital region of the Persian Gulf -which supplies 40 percent of the world's energy resources- as well as the greater Middle East and Central Asia. Sino-Iranian relations, which have grown steadily stronger are entering a critical stage, and the West will have to address the emerging alliance between these two revisionist powers.
ADVERTISEMENT ADVERTISEMENT