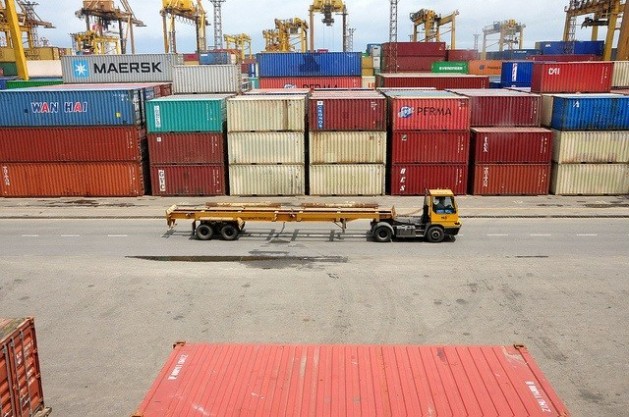 MANILA, Jun 14 2014 (IPS) - Amid simmering territorial conflicts across the Western Pacific, specifically between China and its neighbours in the South and East China Seas, coupled with China rising to the rank of top trading partner with Japan, South Korea, Australia and the Association of Southeast Asian Nations (ASEAN), the Obama administration has been hard-pressed to re-assert its strategic footprint in the region.

Since 2009, Obama has turned Washington’s strategic focus towards the Asia-Pacific region, which has gradually emerged as the global center of gravity in both economic and geopolitical terms.

The P2A policy contained both trade as well as security pillars, designed to maintain the U.S.’ strategic primacy in Asia and aid its post-recession economic recovery. The cornerstone of the Obama administration’s economic policy in Asia is the proposed Trans-Pacific Partnership (TPP) agreement, which excludes China and covers 12 Pacific Rim countries that collectively account for about 40 percent of the world economy.

In security terms, the Obama administration has sought to deepen the U.S. military footprint across Asia by exploring new basing agreements and gradually redeploying 20 percent of its naval assets from the Atlantic to the Pacific theatre.

Obama’s latest trip to Asia, however, underlined the inability of Washington to balance its economic and geopolitical initiatives in the region. While Obama managed to strike new strategic agreements with leading Southeast Asian countries, namely Malaysia and the Philippines, and strengthen bilateral military alliances with Japan and South Korea, there was, in turn, no concrete development vis-à-vis the ongoing TPP negotiations.

“I’ve been very clear and honest that American manufacturers and farmers need to have meaningful access to markets that are included under TPP, including here in Japan,” said Obama during his trip to Tokyo, hoping to encourage Japan to make necessary concessions in the TPP negotiations.

“That’s what will make it a good deal for America — for our workers and our consumers, and our families. That’s my bottom line, and I can’t accept anything less.”

As the world’s third largest economy, with a GDP of six trillion dollars, Japan is central to the conclusion of the TPP negotiations, which missed its late-2013 deadline and has struggled to gain momentum in recent negotiation rounds. But Japanese Prime Minister Shinzo Abe only promised to “energetically and earnestly continue the talks.”

The disagreements were initially over Japan’s trade barriers on agricultural imports; but the U.S. has increasingly focused on Japanese restrictions on the imports of beef and pork and the opening of Japanese automobile market to American manufacturers.

Amid rising territorial tensions in Asia, Obama went the extra mile to reassure Japan of Washington’s full military commitment if a war were to erupt between Tokyo and Beijing over the disputed Senkaku/Diaoyu Islands in the East China Sea.

In Malaysia, Obama oversaw the formalisation of a bilateral “comprehensive partnership” agreement, which marked the end of decades of frosty relations. Above all, Obama’s visit to the Philippines coincided with the signing of a new security pact, the Enhanced Defense Cooperation Agreement (EDCA), which grants the U.S. military 10 years of access to the Philippines’ top five military bases, namely the three former U.S. bases of Clark airfield, Subic bay, and Poro Point as well as Camp Aguinaldo and Fort Magsaysay in Metro Manila.

On the TPP front, however, Obama faces tremendous opposition at home and across Asia. Long shrouded in secrecy, a growing number of businesses, concerned citizens, and civil society organisations have come to oppose what they see as a lopsided free trading agreement (FTA), which grants multinational companies (MNCs) extensive control over public services such as healthcare and internet.

Among developing countries in East Asia, particularly Malaysia and Vietnam, there is a growing fear over the potential impact of the TPP on the production and importation of cheap, generic drugs, with global pharmaceuticals poised to more vigorously protect their Intellectual Property Rights (IPR), which have contributed to the exorbitant costs of conventional drugs across the wold.

In the industrialised world, especially the U.S., many labour unions and big businesses are worried over the proposed reduction of strategic protectionist barriers, especially in the automobile manufacturing sectors, allowing export-driven countries such as Japan to displace domestic manufacturers.

Japan, for instance, has insisted on retaining high tariff barriers on its agricultural sector, while Vietnam has resisted the proposed privatisation of state-owned textile companies.

The late-2013 revelation of the draconian IPR provisions of the TPP by the anti-secrecy group Wikileaks dealt a huge blow to the ongoing negotiations, further strengthening opposition to the proposed trading regime.

Among the most worrying provisions are proposals that allow MNCs to sue sovereign governments in international courts and override domestic laws on both trade and non-trade matters; relaxation of environmental regulations; greater policing and monitoring of internet; and restrictions on access to public services due to more strict investment rules in utilities and strategic sectors of the economy.

Fearful of domestic backlash, Asian countries such as Japan and Malaysia have hardened their negotiating positions, more explicitly demanding trade concessions from the U.S. In fact, leaked documents reflect the growing isolation of the U.S. within the ongoing negotiations, with Obama struggling to gain enough support within his own party over the proposed Fast-Track Trade bill to expedite the trade negotiations with limited legislative scrutiny.

“Japan’s aim is geopolitical in the first instance, i.e., contain China. I doubt if the leadership has really thought [the TPP] through economically,” Walden Bello, a leading expert on trade issues and co-founder of the organisation Focus on the Global South, told IPS, underscoring how the TPP lacks any compelling economic rationale and is “doomed to fail.”

“Once [Japanese] corporations encounter the same old hard-nosed demands of the U.S. for structural reform…the Japanese government will hem and haw, as it did with the APEC free trade area in the 1990’s.”

Meanwhile, an economically-ascendant Beijing has managed to progressively eclipse Washington in trade and investment terms, with China pushing for an alternative Free Trade Area of the Asia-Pacific (FTAAP), which is increasingly seen as a more viable and inclusive alternative to the TPP.

“China does not even have to initiate a counter-bloc. It just needs to sit quietly and see the TPP fall apart,” said Walden Bello, dismissing the TPP as an ineffectual attempt to counter growing Chinese economic influence in Asia “The benefits of trade accruing to corporations…with what will soon become the world’s biggest economy [China] will undermine the US’s geo-economic objective.”

Aside from being the top trading partner of almost all countries in East Asia, China has emerged as a major source of development aid and soft loans in recent years, contributing as much as 671.1 billion dollars in the 2001-2011 period.

Given China’s continued economic expansion, the country is expected to accelerate its development assistance to neighbouring countries. China is already establishing a 50-billion-dollar Asian Infrastructure Investment Bank, which is poised to directly compete with the Japan-dominated Asian Development Bank (ADB).

Overall, the poor prospects of the TPP underline the U.S.’ weakening economic influence in Asia, with the Obama administration primarily occupied with strengthening Washington’s military footprint in the Pacific waters to hedge against a rising China.