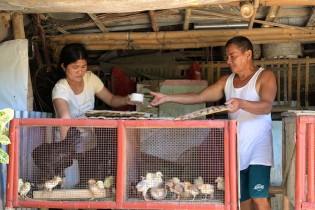 By Ben Kritz
The stubborn challenge of diagnosis and treatment of leprosy among difficult to reach populations in the Philippines should soon become easier with the rollout of a mobile app connecting field health workers with physicians and clinics.