This is one of a series of posts by the author on her research in 2013-2015 among women’s prisons and prison communities in Albania, Guatemala, Jordan, the Philippines and Zambia, with DIGNITY, the Danish Institute Against Torture. Find it published as a comparative report, and four individual studies. Her other posts cover issues from violence to prison conditions.

“Gradually our lives are deteriorating, and we aren’t free to do anything about it. You think: ‘there lies my future’. You see death coming slowly and there’s nothing you can do.” – Inmate, Zambia

LONDON, Jan 7 2016 (IPS) - It is a grim fact that prisoners in most countries suffer from poorer health than non-prisoners, and that their right to health is not always protected. But for certain groups these rights can be even more elusive. Such is the case for women. 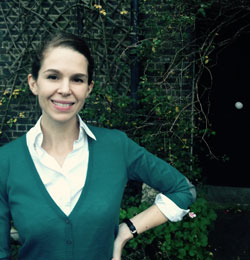 For me, this was starkly illustrated during a visit to the clinic of a large women’s jail in the southern Philippines. Here, a very thin woman lay curled and still on a narrow wooden bench. Her hands were cradling her taut, bloated stomach, her eyes tightly closed. The nurse explained that she was an addict, arrested while heavily pregnant for drug possession (a sentence that keeps the country’s women’s jails lamentably stocked), and that her baby had died days earlier in a government hospital because of a condition related to her drug use, after a complicated labour. Being understaffed and short on medicine and beds in the prison, the best treatment she could offer the woman on her return, as she faced her withdrawal, post-labour pain, grief, separation from family, and possible years awaiting trial, were paracetamol, kind words and a bench. Hers would be a particular and gendered kind of purgatory.

In speaking with imprisoned women and healthcare practitioners across five countries, our research team commonly found harmful responses and barriers to healthcare that existed because the inmates were women. These included women who were imprisoned in Jordan while recovering from brutal gender-based violence (including honour crimes and rape), without adequate treatment or rehabilitation; women who prepared for and recovered from childbirth in dirty rooms with little more than substandard prison rations, water and soap; and women who were isolated and punished because of attempts to self-harm or commit suicide. “One girl used the edge of a seafood shell on her wrists,” recounted an inmate in the Philippines. “They scolded her. If you want to die, go ahead, do it now!”

These responses are of course unlikely to be particular only to these countries.

International standards (including the Bangkok Rules) now recognize that because women commonly face certain risk factors and backgrounds, they require a gender-specific framework for healthcare. More women than men suffer from particular diseases, including HIV, hepatitis and some cancers. They have differing sexual and reproductive health (SRH) needs, including those relating for example, to birth, abortion and the menopause. They are more susceptible to particular mental health problems. Studies have found self-harm in prison to be up to ten times higher among women than among men, and suicide to also be proportionally higher. This list goes on.

Women (especially those in conflict with the law) are also, crucially, more likely to have been victims of sustained gender-based violence and sexual abuse. Yet prisons, which are increasingly taking in women, are rarely equipped to respond to these forms of trauma. As I was told quietly by one prison healthcare worker, gesturing to a courtyard of around 20 women. “Almost all the women here are mothers, and a lot have maltreatment and molestation in their histories. I can look around and count more than ten women who have been raped. Some have been prostituted by their families. Then drug use comes in and makes it a vicious cycle.”

These and other cultural factors lead to a different sense of shame, which can also work as a barrier to healthcare. For example inmates in Jordan, Zambia and the Philippines told me that they often avoided reporting urinary tract infections and SRH problems to male health staff. Yet some prisons for women don’t employ female doctors, and these issues remain unrecognized, and sometimes debilitating.

My research findings with DIGNITY (see our comparative study here) therefore stress the urgent need for every prison and place of detention to follow a framework for healthcare that is gender-responsive and trauma-informed – one that treats women’s specific health needs, and trains staff accordingly. In just a few facilities did we find gestures towards this.

But not all gender-sensitive health responses are medical. The traditional prison model – designed as a harsh criminal justice response to violent men – remains the basis for many institutions detaining groups that are neither violent, nor male. In the facilities where women told me of harsh disciplinary structures, negative relationships between staff and inmates, and their isolation from caring relationships, they tended to report very low morale, forms of depression, and other signs of serious struggle, such as self harm and hunger strike. This was markedly different in facilities (such the one described here in Albania) that connected the women with the outside community – particularly their children – and gave them tools to cope, learn, communicate and prepare for the future.

Meanwhile, exercise is known to be important to health and morale, and is a right of prisoners under international law (see the Mandela Rules). Yet only in one of five countries, the Philippines, were detained women encouraged and able to exercise every day. In the other countries, exercise and sports facilities of some kind were common only in prisons for men.

Many of our findings on health fell in line with those observed by the former UN Special Rapporteur on Violence Against Women in her 2013 report on women’s incarceration, and they indicated clear and harmful examples of discrimination. Yet in reviewing issues raised by UN treaty body reports, we found women’s health to largely be a gap: UN experts are not giving this area consideration.

The human rights of these women entitle them to better, and must be championed, internationally and in their own countries. As once said by Dostoevsky, society must be judged by the way that it treats its prisoners. Or rather, and as told to me by one mother and survivor of domestic violence, sentenced to life in a Zambian prison: “If you’ve offended, certain things you must accept. But I don’t deserve to pass through some of these things. I came to prison healthy. I’m not intending to leave sick.”