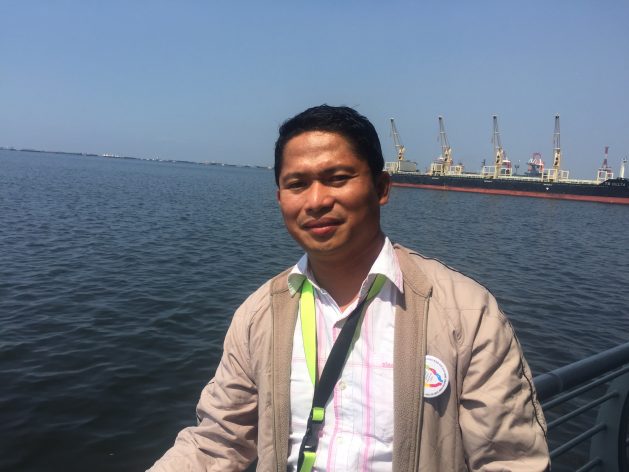 Filipino businessman Ariel Lazarte was diagnosed with Hansen’s Disease in 2014. Since his treatment he has built a successful business and has become a patron for those affected by the disease. Credit: Nalisha Adams/IPS

MANILA, Mar 4 2019 (IPS) - When Ariel Lazarte from Quezon City, Philippines, was first diagnosed with leprosy in 2014, his life seemed as if it were falling apart. But now more than four years later Lazarte’s life is a huge contrast from the poverty and isolation he experienced as a person affected by leprosy.

Now the owner of multiple businesses, including ones in transport and construction, and the owner of a large family home as well as an in-patient home for persons receiving treatment for leprosy, Lazarte was driven to become a success by his strong desire to help others.

“I didn’t get any help from my family, my friends, my relatives. I only trusted the doctor,” Lazarte tells IPS of the year he spent receiving treatment for leprosy, which is also known as Hansen’s Disease. “I was very thirsty for the help from others. I was in need.”

He was one of the participants of the Regional Assembly of Organisations of People Affected by Leprosy in Asia. The assembly is being held in Manila, Philippines, Mar. 3 to 5 and is supported by the Nippon Foundation (TNF)-one of the biggest private foundations in Japan that has been working to provide assistance to people with leprosy since the late 1960s.

At the time of the diagnosis, the then 32-year-old who worked as a manager in a fast food store, was able to afford treatment at a private hospital. But instead of being cured, his condition worsened.

Eventually, he lost his job and felt more and more alone as his wife stopped sharing a bed with him and his friends stopped visiting. His wife’s dried fish kiosk business become their sole support of income and much of the money was spent on survival and not medicine.

And while he kept receiving treatment, he kept thinking: “I’m dying.”

Eventually Lazarte’s doctor told him he couldn’t cure him and referred him to the Jose Reyes Memorial Hospital. He began an 8-month treatment course that eventually cured him.

“The doctor promised me I would be helped. And I promised that I would help those with leprosy,” Lazarte says, explaining that it didn’t want others who were affected by the disease to experience what he did.

According to a World Health Organisation report, the country has 2,000 new leprosy patients a year. Dr Maria Francia Laxamana, assistant secretary of Health in the Department of Health, says only one in four receive treatment because many fear the social stigma. 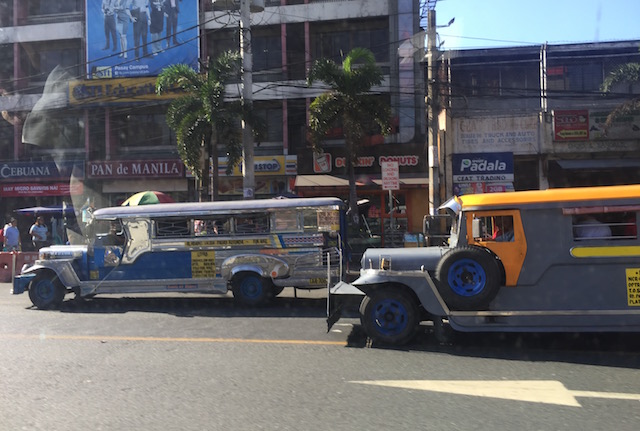 Unique to the Philippines, jeepneys are long wheel based taxis, converted from American jeeps left in the country after World War II. Credit: Nalisha Adams/IPS

But after a year of treatment that cured him of Hansen’s Disease, Lazarte started fulfilling his promise.

Lazarte started small. With 15 dollars, he bought some shorts and pillows and began selling them. Soon he bought a tricycle – a Filipino transport bicycle with a small cab. And soon he owned seven of these.

And then later he was able to afford a jeepney. Unique to the Philippines, jeepneys are long wheel based taxis, converted from American jeeps left in the country after World War II.

He is now the owner of 12 jeepneys.

With the money from the businesses he built a 4-bedroom in-patient home for those receiving treatment for Hansen’s disease. Situated just outside the capital, it houses people receiving treatment at the Jose Reyes Memorial Hospital. The property also has a car so the patients can drive to the hospital, which is some 45 minutes away, for their check ups.

He’s very clear about what he spent the income from these business on in the early days. “I knew that my wife was able to support my children …so I kept on dreaming of having enough money to buy my afford to the house [for the leprosy patients].”

While they now have a large home and not all Lazarte’s income goes into the in-patient home, Lazarte says that wants the Hansen’s Disease patients to learn to self-sufficient. They have a garden to plant vegetables for resale and recently received funding for a poultry project.

“I started my own pathway for my own direction,” he tells IPS.