Regional Assembly of Organisations of People Affected by Leprosy in Asia 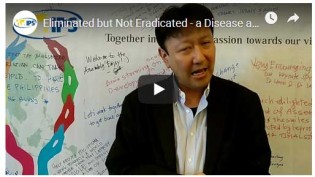