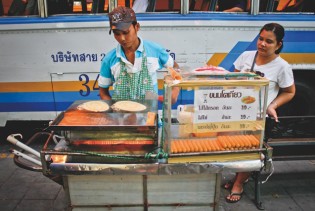 By Zakri Abdul Hamid
To mainstream biodiversity concerns into development planning, we must offer a compelling rationale and demonstrate biodiversity’s relevance to wealth generation, job creation and general human wellbeing. Only a persuasive “why” resonating throughout society will successfully get us to urgently needed negotiations of who, what, where, when and how to halt disastrous biodiversity loss.

By Richard Heydarian
With little sign of a meaningful diplomatic breakthrough on the South China Sea horizons, coupled with a dangerous escalation between Vietnam and China in the disputed waters, the Philippines has faced an added crisis over the Malaysian state of Sabah.
Next Page »
ADVERTISEMENT ADVERTISEMENT