Zakri Abdul Hamid is Science Advisor to the Prime Minister of Malaysia, Joint Chairman of the Malaysian Industry Government Group for High Technology (MIGHT), and a member of the U.N. Secretary-General's Scientific Advisory Board. 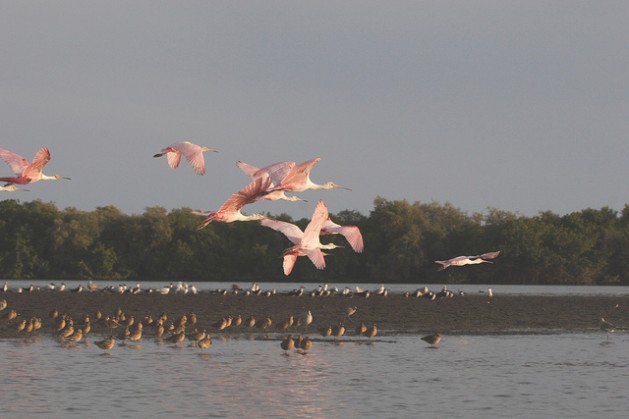 KUALA LUMPUR, Oct 22 2014 (IPS) - To mainstream biodiversity concerns into development planning, we must offer a compelling rationale and demonstrate biodiversity’s relevance to wealth generation, job creation and general human wellbeing. Only a persuasive “why” resonating throughout society will successfully get us to urgently needed negotiations of who, what, where, when and how to halt disastrous biodiversity loss.

Experts in a broad span of disciplines — taxonomists, agronomists, social scientists, climate scientists, economists and others — are working together to arm the public and their policymakers with relevant evidence on which to base decisions.

A need quickly became apparent for a sustained, ongoing mechanism to bridge the gap between policymaking and the scientific world’s ever-accumulating insights.

In 2005, with input from more than 1,000 experts worldwide, we published the landmark Millennium Ecosystem Assessment, elevating the issues to policymakers and decision-makers as never before. It was hailed for its success as a platform to deliver clear, valuable, policy-relevant consensus on the state, trends and outlooks of biodiversity.

A need quickly became apparent for a sustained, ongoing mechanism to bridge the gap between policymaking and the scientific world’s ever-accumulating insights. In response, the Intergovernmental Science-Policy Platform on Biodiversity and Ecosystem Services (IPBES) was established in 2012.

IPBES’ initial deliverables included a policy-support tool based on the economic values of biodiversity, a fast-track assessment on pollination services and food production, insights into the sustainable use and conservation of biodiversity, and a global assessment of the overall state of biodiversity and ecosystem services. IPBES also aims to integrate indigenous and local knowledge systems in its work.

Within that number, for example, is the 2010 estimate by economists that the planet’s 63 million hectares of wetlands provide some 3.4 billion dollars in storm protection, food and other services to humans each year. And, a large portion of the 640-billion-dollar pharmaceutical market relies on genetic resources found in nature, with anti-cancer agents from marine organisms alone valued at up to one billion dollars annually.

The loss of biodiversity through deforestation, meanwhile, is estimated to cost the global economy up to 4.5 trillion dollars every year.

The fast-track assessment on pollination services will address profoundly worrisome changes in the health of bees and other pollinator populations, the services of which underpin extremely valuable — some might say invaluable — food production.

The assessment of the sustainable use and conservation of biodiversity will address the ecological, economic, social and cultural importance of mainly harvested and traded biodiversity-related products and wild species.

The IPBES global assessment of biodiversity and its many benefits will build on Global Biodiversity Outlook reports, the latest of which this month urged the world to step up efforts to meet agreed-upon biodiversity targets for 2020.

We have generated much knowledge and continue to add to it. Achieving our sustainable development goals, however, depends on the successful application and sharing of that knowledge.

A workshop last November concluded most nations, unanimously committed to protecting biodiversity, nevertheless lack capacity to measure and assess their genetic and biological resources, or to value key ecosystem services. Helping remedy that capacity shortfall is a core function of IPBES.

Communicating our findings will also be critical in mainstreaming this agenda, using both conventional and new social media platforms, framing the issue as one of development rather than of strictly conservation.

All stakeholders — the business community, in particular — must be engaged, and we must incorporate biodiversity studies at every educational level.

Speaking of his admiration of Malaysia’s towering Cengal tree, his nation’s equivalent to the magnificent California Redwood, Prime Minister Najib Razak recently noted: “Such giants may take centuries to reach their awe-inspiring height and girth, but can be felled in less than a few hours by an unscrupulous timber contractor with a chainsaw.”

Such outstanding monuments of nature are, indeed, so much more valuable than their wood fibre — they engender a sense of pride in our natural heritage.

This appreciation will, I believe and hope, ultimately draw the interest of our most brilliant minds and drive the innovative, nature-based solutions to global challenges on which future generations will depend.

The promising U.N. discussions of post-2015 global development goals should help put biodiversity where it belongs at the heart of the agenda — recognised as a prerequisite for poverty alleviation, good health, food and water security, and more. As we design an age of sustainable development, let us recognise that maintaining a biodiverse world is not a hindrance to development, it is fundamental to development.