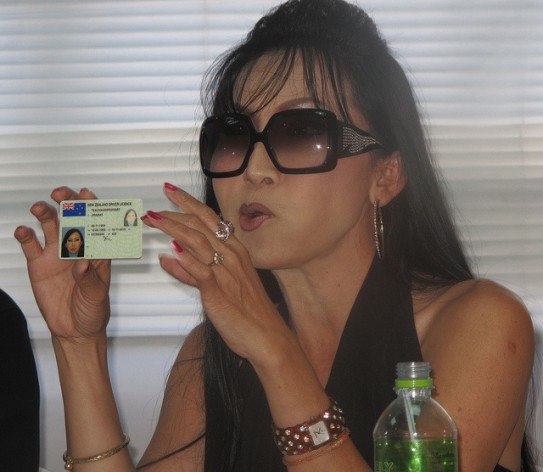 Citing section 1448 of Thailand’s Civil and Commercial Code, which deems same-sex marriage unlawful, the head of registrations in Thailand’s northern city of Chiang Mai handed the couple a letter of denial.

“The LGBTIQ community really struggles with the issue of acceptance from our parents. There is a lot of pressure to conform to traditional beliefs of what a family unit is comprised of." -- Anjana Suvarnananda, co-founder of Anjaree Group.
In response, the couple filed a complaint with the Parliamentary Human Rights Commission, the Administrative Court and the National Human Rights Commission insisting that Thailand’s constitution guarantees them equal protection under the law.

The political storm following that incident, which generated considerable media buzz, prompted a member of parliament to gather a committee of parliamentarians, 15 scholars and LGBTIQ activists to draft the country’s first civil union bill, to legalise same-sex marriage.

Presenting the draft law on same-sex unions to Thailand’s parliament is Wiratana Kalayasiri, Democrat parliamentarian from the southern Thai city of Songkhla, who is also the chairman of the Legal Justice Human Rights committee.

He says most legislators in Thailand are over 47, which partially explains the staunch opposition to the law in its early stages.

“At first, there was a negative impression and people were wondering why I was doing this but as this process went on people started to understand that this is a human right of the Thai people, guaranteed under the constitution. Since then minds have changed,” Kalayasiri told IPS.

“We have held five hearings on the bill at several universities throughout Thailand and in parliament as well. A survey of 200-300 people showed that 78 percent are in favour of allowing same-sex marriage and 10.3 percent are against it.

“I was particularly surprised when we went to Songkhla [a city of roughly 75,000 people] for a public meeting and 87 percent of Muslims in attendance were in favour [of gay marriage].”

A Bill to Improve Life Chances?

Hate crimes have become so frequent that last year the International Gay and Lesbian Human Rights Commission (IGLHRC) demanded an immediate investigation into the “15 brutal murders of lesbians and 'toms' (butch lesbians or transmen)” in Thailand between 2006 and 2012.

In several cases of double homicide, lesbian couples were slain by men who “objected to their relationship”.

In addition to being stabbed multiple times, suffocated, and strangled or shot to death, many of the victims had also been raped.

Most recently, on Feb. 24, 2012, a 14-year-old girl from the northern Loei Province reported to police that her 38-year-old father, who had sole custody of her since 2008, had been raping her continuously for four years because she “liked to hang out with toms” and wouldn’t listen to his instructions to stay away from them.

In its letter to Thai authorities, the IGLHRC accused officials of dismissing the 15 murders as crimes of passion.

Despite Kalayasiri’s hope that minds are changing, nearly 60 percent of respondents to a government survey last year were not in favour of gay marriage.

Still, leading activists in Thailand’s LGBTIQ movement like Anjana Suvarnananda, who co-founded Anjaree Group in 1987 – the first organisation to raise the issue of LGBTIQ rights here – believes that the bill could facilitate the process of moving public attitudes from opposition to acceptance.

“The LGBTIQ community really struggles with the issue of acceptance from our parents. There is a lot of pressure to conform to traditional beliefs of what a family unit is comprised of,” she told IPS.

“This is why it is important that the language of the bill transcends defining marriage as being solely between a man and a woman. If we can put forth the idea that the family structure is based on the union of two loving and consenting individuals then…society and our parents would be more willing to accept our way of life.”

Under the current Civil and Commercial Code, same-sex families are not afforded the same legal protections as heterosexual couples such as medical coverage or recognition as being the sole caretaker of their spouse.

Suvarnananda believes the law will be particularly useful during times of emergency. “If there is a severe accident or health issue, like if my partner becomes ill, then in the eyes of the law I am no one other than just a friend. This forces us [the LGBTIQ community] to struggle by ourselves…We want more security,” she added.

In 1956, provisions making sodomy a punishable offense were repealed and consensual sex between same-sex couples became lawful, making Thailand one of Asia’s most progressive countries regarding gay rights.

Anti-discrimination laws protecting members of the LGBTIQ community are non-existent in the region. Sodomy is criminalised in six member countries of the Association of Southeast Asian Nations (ASEAN) – namely, Brunei, Burma, Malaysia and Singapore, as well as  Marawi City in the Philippines and the South Sumatra Province of Indonesia.

Thus Danai Linjongrat, executive director of the Rainbow Sky Association, has been urging caution in the drafting of the civil union bill, so that it will not inadvertently fan the flames of intolerance and heighten regional stigmatisation of the LGBTIQ community.

“We are looking for a bill that equalises all relationships,” he told IPS. “For example, the current marriage law grants heterosexual couples the right to marry once they reach the legal age of 17, but for LGBTIQ people the legal marriage age would be 20 years old.”

“When we put forth language like this in a bill it merely reinforces discrimination against a certain segment of society when it comes to marriage,” says Linjongrat.

The situation is particularly complicated for transgender individuals, who confront a range of attitudes and biases across the region. Malaysia, Brunei and Singapore, for example, all have laws targeting and criminalising transgender women for “cross-dressing”.

Even in Thailand, where gender non-conformity receives a high degree of social acceptance, there has been little progress in formally recognising the rights of transgender people.

Thailand’s first sex change surgery was performed in 1972 and there are an estimated 180,000 Thai people who identify as transgender, including a number of pop singers, television personalities and movie stars.

In addition, a transgender beauty pageant, the Miss Tiffany’s Universe, is televised annually on a national scale from the eastern city of Pattaya.

Yet Thai law does not allow trans-people to change their gender or their names on ID cards, birth certificates or passports, leading to complications in finding employment and harassment at border crossings or immigration checkpoints.

Even with a university degree, transgender people have difficulty finding a decent job. To support themselves, many turn to the entertainment or sex industry.

Experts hope “this civil union bill will slightly reduce heteronormativity in Thai society, which could improve…health issues by reducing the likelihood of unsafe sexual practices [among the LGBTIQ community],” Prempreeda Pramoj Na Ayutthaya, an HIV and AIDS national programme officer for UNESCO in Bangkok, told IPS.

Thailand has the highest adult HIV rate in Southeast Asia, with nearly 520,000 people between the ages of 15 and 49 living with HIV/AIDS; a 2010 survey in Bangkok found that 31 percent of gay men and transgendered people are HIV-positive.

“In order for the transgender community to fully support this bill, it must ensure that we are granted the right to legally change our name titles,” Na Ayutthaya stressed.