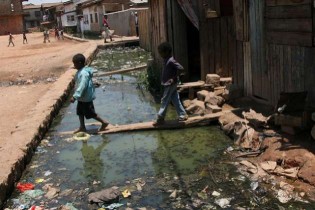 By Sarah Bermeo
The world’s wealthiest countries today promote development abroad in a way that is relatively new. For centuries, some of these countries colonized the developing world. As former colonies gained independence they were caught in the international power struggle of the Cold War, often led by dictators who found it in their interest to serve as pawns in great power proxy conflicts.
ADVERTISEMENT ADVERTISEMENT