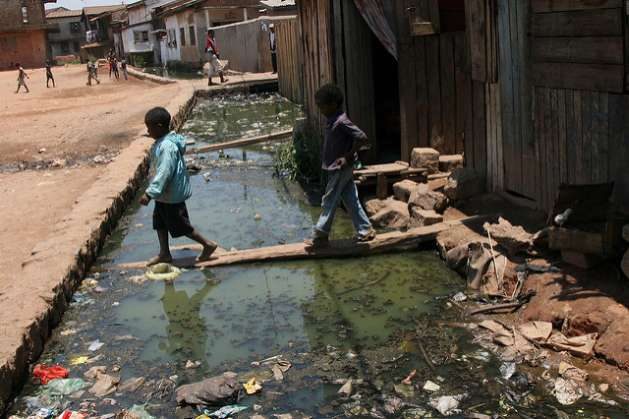 DURHAM, North Carolina, Feb 14 2018 (IPS) - The world’s wealthiest countries today promote development abroad in a way that is relatively new. For centuries, some of these countries colonized the developing world. As former colonies gained independence they were caught in the international power struggle of the Cold War, often led by dictators who found it in their interest to serve as pawns in great power proxy conflicts. 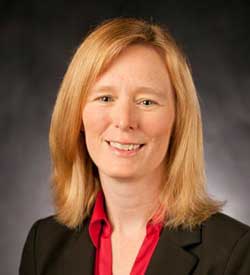 A serious attention to development occurred mainly after the end of the Cold War. The focus sharpened in the early 2000s, after the terrorist attacks of September 11, 2001 drove home the realization that state failure thousands of miles away can have serious repercussions at home. Promoting development became a matter of self-interest for wealthy states.

The self-interest of developed countries affected policy on foreign aid, trade agreements, and even climate finance, as I argue in my new book, Targeted Development. The focus on development as self-interest did not usher in, as Prime Minister Tony Blair would have us believe, an era of enlightened self-interest where “idealism becomes realpolitik.”

Instead, development is promoted disproportionately when and where it serves the interests of wealthy countries. This will likely aid development in targeted states, but a widening gap will emerge as those not targeted are left further behind.

The pattern of aid allocation across countries has changed significantly over time. During the Cold War, geopolitical concerns drove more foreign aid to countries that were militarily important or held key positions, such as membership on the United Nations Security Council.

In the post-2001 period, donors focus more on countries from which they expect the biggest spillovers from underdevelopment: those that are poor, proximate, and populous. They also favor countries that send them higher numbers of migrants and imports. The impact of geopolitical concerns has become less significant during this time.

This is consistent with an increased emphasis on development and with focusing efforts in countries where transmission mechanisms—whether due to proximity, movement of people, or movement of goods—are high. Donors also care more about effectiveness in recent years, conditioning the type of foreign aid on the quality of governance in recipient countries.

Targeting foreign aid to areas where potential spillovers to the donor are high is not only the practice of great powers. Australia, Austria, Canada, Denmark, Finland, Germany, Italy, Japan, the Netherlands, New Zealand, Sweden, and Switzerland have all favored more proximate countries in the post-2001 period—when you control for measures of need such as income, disasters, and civil war.

For Australia, Austria, Denmark, France, Japan, the Netherlands, New Zealand, Norway, and Sweden, aid is also associated with bilateral migrant flows. The more a donor imports from a developing country, the higher aid flows are to that country; this is especially true for Austria, Canada, Denmark, Finland, Japan, Norway, Sweden, and the United Kingdom.

Taken together, the evidence shows that developing countries already connected to aid donors through proximity, migrant networks, and access to markets also receive more foreign aid. Those less connected are not so lucky. Aggregate data for Organization for Economic Cooperation and Development donors show declines in aid to the poorest countries even while overall aid levels increase. Aid givers do not seem to favor states where development prospects are especially bad.

FOREIGN AID IS JUST THE TIP OF THE ICEBERG 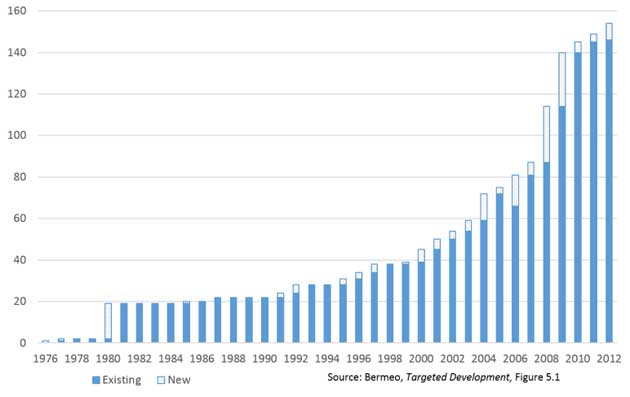 A good example is the United States with Central America. The George W. Bush administration spent considerable political capital to bring about the Dominican Republic-Central America Free Trade Agreement, which opened up trade for the U.S. with a market roughly the size of Pittsburgh, Pennsylvania.

The deal was rationalized in terms of self-interest: Helping Central America and the Caribbean develop would increase security and well-being in the U.S. Large amounts of additional foreign aid were funneled to the signatories to help them benefit from the agreement (Figure 2).

Figure 2: US development assistance to CAFTA-DR countries annual average for each period 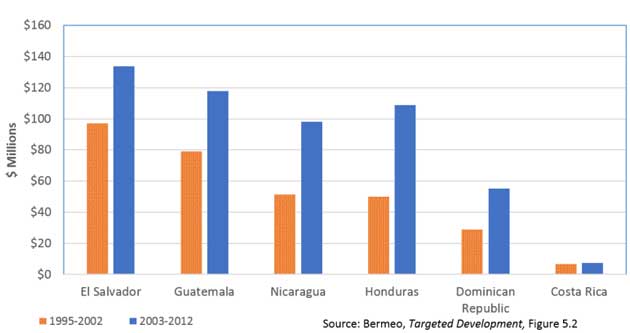 This is not an exception. Generally, a high-income state is more likely to sign a trade agreement with more proximate developing countries and with those that already receive a higher percentage of its aid budget. States excluded from such agreements are doubly disadvantaged:

They do not receive preferential access to the most lucrative markets and must compete on unequal terms with countries that do receive such access. The rise in these preferential agreements is in sharp contrast to the failure of the Doha Round at the World Trade Organization, suggesting that wealthy states are more comfortable opening up trade with developing countries in a targeted—rather than universal—manner.

Patterns of giving to finance climate change mitigation and adaptation efforts are also closely related to traditional foreign aid flows, instead of focusing on areas where climate-related aid might do the most good for mitigation or adaptation.

Poorer countries with connections to wealthier states are likely to benefit from the rising emphasis on development. They are more likely to sign trade agreements and receive additional foreign aid and assistance to tackle climate-related problems.

This is the good news—and it is good—because it is an improvement compared with the times where wealthy nations mainly engaged the developing world through colonialism and Cold War competition. For states not targeted, however, the picture is bleak.

Where migration—and hence remittances—is low, foreign aid will also be low. When foreign aid is low, the chances of being granted preferential access to wealthy country markets is lower too. Where geographic distance is great, economic engagement will lag behind.