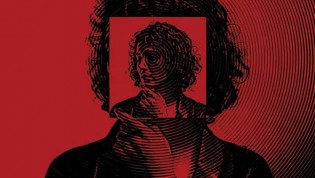 Safe at home or scared at home?

By Shaheen Anam
If one is asked, where do you feel most safe and secure? The answer will invariably be "my home".

By Shaheen Anam
(The Daily Star, Bangladesh) - In 1995, during the Fourth World Conference on Women in Beijing, the UNDP Human Development report stated that women's unaccounted work would amount to USD 3 trillion annually if monetised. Since then women's unpaid and care work has become a much discussed topic around the globe led by rights and development organisations. Recognition of women's unpaid and care work has been included in Goal 5 of the SDGs as a target to be achieved by 2030. However, there is little concrete evidence on how states are going about achieving this target.

By Shaheen Anam
According to the latest UN report, nearly 400,000 Rohingya refugees have crossed over to Bangladesh. The Rohingya people, living in the Rakhine State of Myanmar, are fleeing their homes they have lived in for 200 years. Subject to discrimination for years and not recognised as citizens, the Rohingyas, the majority of whom are Muslims, have for so long been able to eke out a living on agriculture and small farming. With little expectations from the state to guarantee them equal rights, all they want is to till their own land, harvest their crops and live in peace and security.

Against All Odds They Fight

By Shaheen Anam
On this International Women's Day, I want to remember Nasima, Dolly, Shyamoli and all those women who did not allow violence and discrimination to break them, but rather gave them strength to stand up and fight back. In the course of our work we come across many such brave women, who, in spite of suffering the most horrific forms of violence such as rape, gang rape, acid attacks, stalking, sexual harassment etc. continue to persevere and turn their lives around. My article today is a tribute to them and all the women in Bangladesh who struggle everyday of their lives to make this world a better place for themselves and their families.

By Shaheen Anam
Women’s work remains unaccounted for even though the issue of unpaid work carried out by women is being discussed globally at the policy, academic as well as practitioners’ levels.
ADVERTISEMENT ADVERTISEMENT