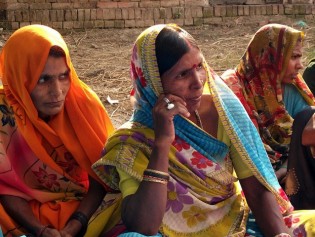 By Shai Venkatraman
Watching Bittal Devi deftly weave threads of different colours into a vibrant patchwork quilt, it’s hard to imagine that this 46-year-old’s hands have spent the better part of their life cleaning toilets.

By Shai Venkatraman
In a shanty tucked inside Dharavi, described as Asia’s largest slum settlement, a little piece of theatre unfolds. Several young boys are heckled as they pretend to go vegetable shopping - and calling them names are young girls. The boys are embarrassed.
ADVERTISEMENT ADVERTISEMENT