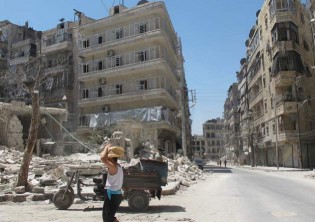 By Sherine Tadros
There is nothing controversial about saying the UN Security Council has failed Syria. Diplomats have openly admitted it, journalists have written about it, human rights organizations have declared it - several times over in the past seven years. But what happened this week was deplorable and unacceptable, even by the very low standards we now have for the Council when it comes to Syria.
ADVERTISEMENT ADVERTISEMENT