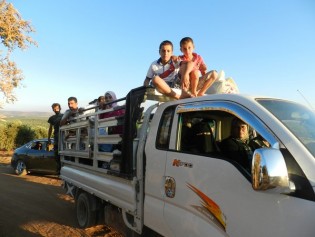 Running From the Guns

By Susan Dabbous
As fighting rages on in Syria, thousands of civilians are fleeing the country with little more than their families and the clothes on their backs, seeking refuge on the Turkish-Syrian border.

By Susan Dabbous
One and a half years since the beginning of the Arab Spring, activists who guided their fellow citizens through the relatively unchartered terrain of social media activism feel their fight for human rights, democracy and transparency is only just beginning.
ADVERTISEMENT ADVERTISEMENT