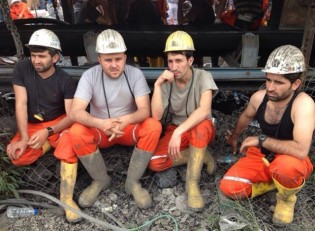 By Tessa Love
A year after the Gezi Park uprising – a protest that began as an act to save trees – exploded into anti-government riots around the country, sparking cohesive community efforts to fight urban sprawl, the face of environmental activism and awareness in Turkey has changed.
ADVERTISEMENT ADVERTISEMENT