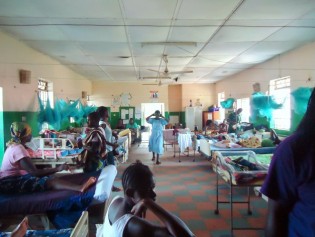 By Isabel Ortiz and Thomas Stubbs
After years of austerity, a number of Eurozone countries are now considering expansionary fiscal policies. And in the UK, government spending is set to return to levels last seen in the 1970s. But austerity abounds elsewhere in the world, including in some of the poorest countries.
ADVERTISEMENT ADVERTISEMENT