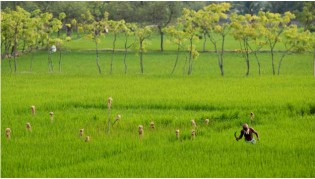 By Tim Wainwright
There was only one topic on everyone’s lips at Davos this year – climate change. The headlines focused on the cold war between Greta Thunberg and Donald Trump, but there was much greater consensus among those gathered for the annual meeting of the World Economic Forum (WEF).

By Tim Wainwright
This weekend marks World Toilet Day (November 19)-- and the news is disheartening. One in three people are still waiting for a toilet; still having to face the indignity and often fear of relieving themselves in the open or using unsafe or unhygienic toilets.

By Tim Wainwright
I started work this morning feeling disillusioned. A report had hit my desk that painted a very bleak picture of the state of the world’s health – and for a moment I was over-whelmed by just how much work there was left to do. Then I regrouped – and began making plans.
ADVERTISEMENT ADVERTISEMENT