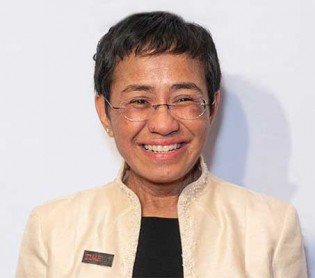 By UNESCO
Investigative journalist and media executive Maria Ressa of the Philippines has been named as the 2021 laureate of the UNESCO/Guillermo Cano World Press Freedom Prize, following the recommendation of an international jury of media professionals. The Award Ceremony will take place on 2 May in Windhoek, Namibia, on the occasion of the World Press Freedom Day Global Conference, and be streamed online.

By UNESCO
UNESCO will launch a campaign on online violence against women journalists this 8 March for International Women’s Day.

By UNESCO
Leading personalities from all over the world have joined UNESCO in denouncing mounting racial discrimination in an advocacy video, United Against Racism, released today.

By UNESCO
Egyptian photojournalist Mahmoud Abu Zeid, known as Shawkan, has been selected by an independent international jury of media professionals as the laureate of the 2018 UNESCO/Guillermo Cano Press Freedom Prize.

Access to Safe Water: Is the Green Revolution Around the Corner?

By UNESCO
Nature-based solutions can play an important role in improving the supply and quality of water and reducing the impact of natural disasters, according to the 2018 edition of the United Nations World Water Development Report. The study, which will be presented by Audrey Azoulay, Director-General of UNESCO, Gilbert Houngbo, Chair of UN-Water, at the 8th World Water Forum in Brasilia (Brazil), argues that reservoirs, irrigation canals and water treatment plants are not the only water management instruments at our disposal.

By UNESCO
Paris 3 March—The 2017 UNESCO King Hamad Bin Isa Al-Khalifa Prize will be awarded to the CLIx programme (India) and the GENIE programme (Morocco) during a ceremony at UNESCO Headquarters on 7 March (12 noon to 1pm, Room I). Founded in 2005, the Prize recognizes two outstanding projects that make innovative use of Information and Communication Technologies (ICTs) in education.

UNESCO wants to bridge the gender gap in the digital space

By UNESCO
Paris, 3 March–Only 17% of biographies published on Wikipedia are about women. UNESCO aims to increase the visibility of women in the digital space by organizing a global call for contribution, the "Edit-a-thon", on International Women’s Day, 8 March.

By UNESCO
UNESCO and the Global Network Initiative (GNI)* are co-hosting a symposium that will examine ways to maximize the benefits of digital technology in enhancing the transparency and integrity of elections, on 8 February at UNESCO’s Headquarters (10 am to 1 pm, Room XI).

By UNESCO
Events at UNESCO Headquarters focusing on the safety of journalists and human rights in the modern world on 12 December will mark the 70th anniversary of the adoption of the Universal Declaration of Human Rights, which informs all of the Organization’s work all year, every year.

By UNESCO
Ninety percent of cases concerning the killing of journalists remain unpunished, according to information Member States provided to the Organization in 2017. This is a slight improvement compared to last year, when countries’ answers to UNESCO’s written enquires indicated that only 8% of such cases led to a conviction.

Statement by Irina Bokova, Director-General of UNESCO, on the occasion of the Withdrawal by the United States of America from UNESCO

By UNESCO
After receiving official notification by the United States Secretary of State, Mr Rex Tillerson, as UNESCO Director-General, I wish to express profound regret at the decision of the United States of America to withdraw from UNESCO.

By UNESCO
Dawit Isaak, an imprisoned Eritreann-Swedish journalist, has been chosen to receive the 2017 UNESCO/Guillermo Cano World Press Freedom Prize. Mr. Isaak was arrested in a crackdown on the media that occurred in September 2001. The last time he was heard from was in 2005. His present location is unknown.

By UNESCO
What if we were to consider the vast quantities of domestic, agricultural and industrial wastewater discharged into the environment everyday as a valuable resource rather than costly problem? This is the paradigm shift advocated in the United Nations World Water Development Report, Wastewater: the Untapped Resource, launched today in Durban on the occasion of World Water Day.

By UNESCO
The Broadband Commission for Sustainable Development's Working Group on the Digital Gender Divide, co-chaired by the GSMA and UNESCO, released a new report, Recommendations for action: bridging the gender gap in Internet and broadband access and use, which sets specific recommendations to address the barriers women face in access and use of the Internet.
ADVERTISEMENT ADVERTISEMENT