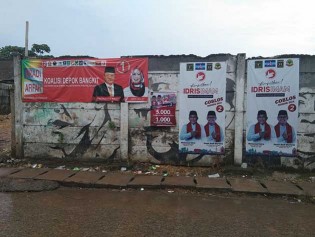 By Warief Djajanto Basorie
In just over a day, on 9 December, Indonesia holds 270 simultaneous local elections for executive office. This involves nine of the republic’s 34 governors, 224 of 416 bupati (district chiefs) and 37 of 98 mayors. The polling was initially scheduled for 23 September but the independent KPU (General Elections Commission) put the date back to 9 December due to the Covid-19 pandemic.

Indonesia’s Trial and Verdict by Omission

By Warief Djajanto Basorie
Remove one word in the narrative. You hit your target with a two-year jail sentence. Governor of Jakarta Basuki Tjahaja Purnama, widely know as Ahok, was the target. After a six-month trial, the North Jakarta District Court on May 9 sentenced him to two years in jail with immediate imprisonment for defamation of religion. It was a double blow within a month.
ADVERTISEMENT ADVERTISEMENT