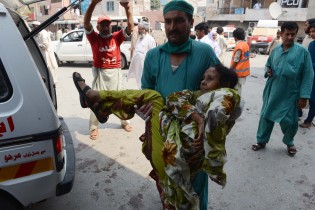 By Ashfaq Yusufzai
The Taliban’s ruthless campaign against security forces has demoralised the forces, who are unable to put up a strong resistance to Islamic militants.
ADVERTISEMENT ADVERTISEMENT