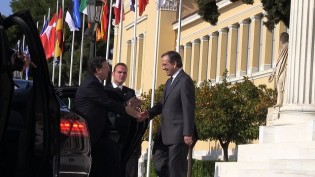 By AJ Correspondents
Political leaders in Cyprus are working on an alternative proposal to stave off bankruptcy after parliament overwhelmingly rejected an international bailout plan.
ADVERTISEMENT ADVERTISEMENT