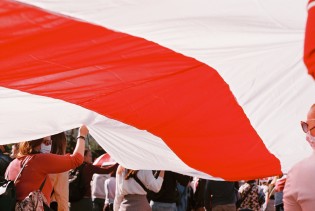 By Robert Stefanicki
Belarusians will vote for a new, but still regime-controlled parliament on Sep. 23. At least those who do not respond to calls for boycotting the poll.
ADVERTISEMENT ADVERTISEMENT