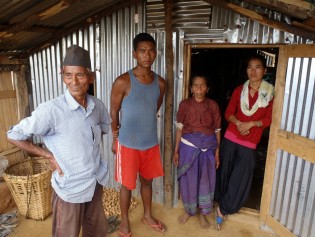 By Robert Stefanicki
No other camp for Syrians match the size of Za’atari. Equal rows of tents marked with the UNHCR logo spread to the horizon, dotted with lanterns and water tanks. Only a handful of people remain in sight, mostly on their way to or from the bathrooms.

By Robert Stefanicki
It took hunger strikes and a case like Layla Naimi’s to push authorities in Poland to amend laws dealing with irregular migrants.

By Robert Stefanicki
Belarusians will vote for a new, but still regime-controlled parliament on Sep. 23. At least those who do not respond to calls for boycotting the poll.

By Robert Stefanicki
As the first foreign official to visit Libya after the liberation announcement made by National Transitional Council, Polish foreign minister Radek Sikorski tried to kill two birds with one stone.

By Robert Stefanicki
After 50 years of near absence, grey seals are coming back to Polish coast of Baltic Sea. Not everyone is happy about it.

By Robert Stefanicki
Surprising how dark it is here, even on a clear summer day. Centuries-old trees, some as high as a 15-floor house, allow only a little light to sift down to earth. Fallen trunks bar the muddy paths, and no less than 28 species of mosquitoes can't wait to suck your blood.
ADVERTISEMENT ADVERTISEMENT