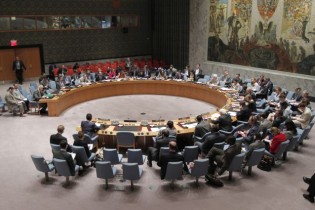 By Thalif Deen
The U.N. Security Council (UNSC), the only international body empowered to declare war and peace, continues to remain a silent witness to the widespread devastation and killings worldwide, including in Palestine, Syria, Iraq, Libya, Yemen and Ukraine.

By George Gao
A national poll revealed that 83 percent of voters in the United States believe it is important for the country to be a member of  and provide funding to the United Nations Educational, Scientific and Cultural Organisation, commonly referred to as UNESCO.
ADVERTISEMENT ADVERTISEMENT