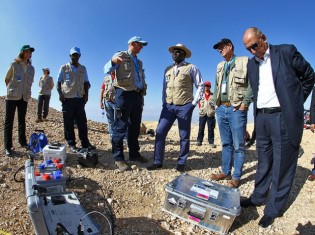 Seventy years after the atomic bombings in Hiroshima and Nagasaki, the United Nations is hosting a conference from April 27 to May 22, 2015 in New York. This High-level Review Conference of the Parties to the Treaty on the Non-Proliferation of Nuclear Weapons (NPT) is expected to consider a number of issues, including those discussed at the 2010 Conference: universality of the Treaty; nuclear disarmament, including specific practical measures; nuclear non-proliferation, including the promoting and strengthening of safeguards; measures to advance the peaceful use of nuclear energy, safety and security; regional disarmament and non-proliferation; implementation of the 1995 resolution on the Middle East; measures to address withdrawal from the Treaty; measures to further strengthen the review process; and ways to promote engagement with civil society in strengthening NPT norms and in promoting disarmament education. IPS News Service highlights some of the major issues in a series of reports.