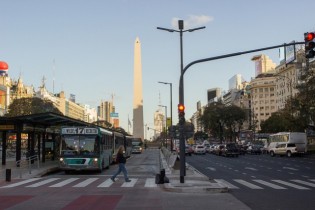 By Fabíola Ortiz
Brazil, and especially the city of Rio de Janeiro, is experiencing a boom in bus rapid transit (BRT), a public transport system that now has an internationally-recognised quality standard.
ADVERTISEMENT ADVERTISEMENT