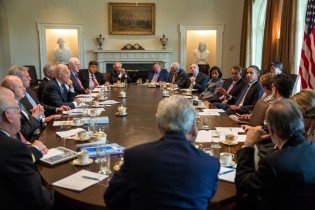 By Jim Lobe
President Barack Obama’s decision to put off a vote by Congress on the use of military force against Syria in order to pursue a Russian proposal to place Damascus’ chemical-weapons arsenal under international control has evoked both cheers and jeers from across the political spectrum here Wednesday.

By Thalif Deen
If Syria eventually agrees to relinquish its stockpile of chemical arms under the 1993 international Chemical Weapons Convention (CWC), what of the six other countries that have either shown reluctance or refused to join the treaty?
ADVERTISEMENT ADVERTISEMENT