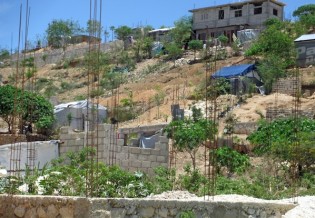 By Correspondents
Despite the unforgiving sun and its sweltering heat, Joel Monfiston is working, hammering a piece of worn plywood, watering flowers and picking the weeds out from between rocks and pebbles.
ADVERTISEMENT ADVERTISEMENT