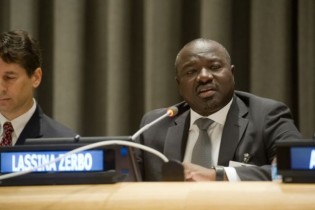 By Thalif Deen
The Vienna-based Comprehensive Nuclear-Test-Ban Treaty Organization (CTBTO) – a 24-hour international watchdog body – is known never to miss a beat. The Organization’s international monitoring and verification system has been tracking all nuclear explosions -– in the atmosphere, underwater and underground –- including all four nuclear tests by the Democratic Republic of Korea (DPRK) – the only country in the world to test nuclear weapons in the 21st century.

By Thalif Deen
After nine years in office, UN Secretary-General Ban Ki-moon will step down in December perhaps without achieving one of his more ambitious and elusive political goals: ensuring the entry into force of the Comprehensive Nuclear-Test-Ban Treaty (CTBT).

By Martin Nesirky and Linda Petrick
Austrians call it “UNO-City”. The United Nations calls it the Vienna International Centre (VIC). Both names give a hint of the scale and scope of the U.N’s headquarters in the Austrian capital, but not the full story.
ADVERTISEMENT ADVERTISEMENT