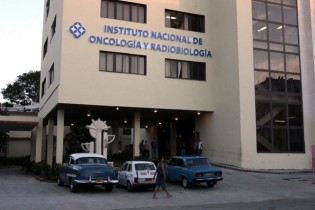 By Patricia Grogg
One challenge faced by the Cuban government, and a high priority for citizens, is improving the efficiency and sustainability of public health services, a constitutional right that the state is supposed to ensure for all.

By Patricia Grogg
More than 100 non-farming cooperatives this month joined the independent sector of the Cuban economy, which includes self-employed workers and farmers granted public land to work, as part of the policy outlined by the government for modernising the management of state property.

By Ivet González
Goat farming is becoming popular among farmers given land to use as part of the economic reforms implemented in Cuba since 2008. The increase in goat rearing, in provinces like Cienfuegos on the southern coast, could help expand the limited range of basic food products available to Cubans.
ADVERTISEMENT ADVERTISEMENT