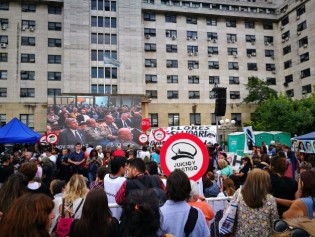 By Karlos Zurutuza
The government of Mali and Touareg rebels representing Azawad, a territory in northern Mali which declared unilateral independence in 2012 after a Touareg rebellion drove out the Malian army, resumed peace talks in Algiers last week, intended to end decades of conflict.
ADVERTISEMENT ADVERTISEMENT