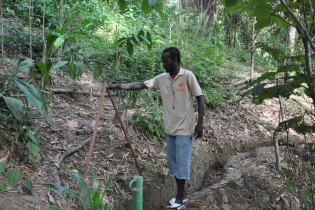 By Ravi Kanth Devarakonda
The decisions of the United States and the European Union to demand implementation of controversial labour standards in Bangladesh following the Sawa industrial tragedy pose a serious threat to the rule-based global trading system, says Dr Supachai Panitchpakdi, Secretary-General for United Nations Conference on Trade and Development.

By Zofeen Ebrahim
The inferno that killed over 250 people at a garments factory in Karachi’s Baldia Town on Sept. 11 has raised questions over not just poor workplace safety standards in industry but massive corruption in government which leads to the flouting of building laws.
ADVERTISEMENT ADVERTISEMENT