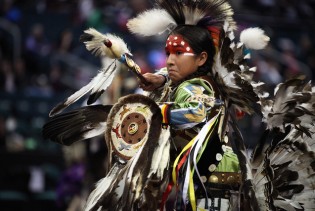 By Paul Weinberg
Many of the challenges faced by the Conservative government in its relations with Canada's aboriginal peoples may come to a head at the 200th birthday events for Sir John A. Macdonald, the country's first prime minister, set for Jan. 11, 2015.

By Fawzia Sheikh
First Nations’ leaders are calling on the Canadian government to establish an independent commission of inquiry to investigate at least 582 missing and murdered indigenous women and girls - a wish which was not immediately granted by provincial premiers meeting last week.
ADVERTISEMENT ADVERTISEMENT