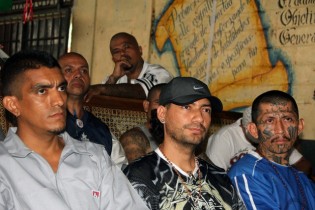 By Edgardo Ayala
The few tenths of a percentage between presidential candidates in the elections of Sunday Mar. 9 have been confirmed in the final vote tally, keeping the right in El Salvador in the opposition – and increasingly antagonistic toward the second consecutive government of the leftwing FMLN.

By Edgardo Ayala
A report containing the testimonies of victims of torture during El Salvador’s 1980-1992 civil war will be published 27 years after it was written, to help Salvadorans today learn more about that chapter in the country’s history.
ADVERTISEMENT ADVERTISEMENT