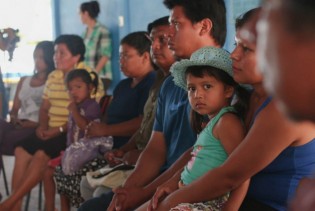 By Jim Lobe
A key committee of the World Bank’s governing board Wednesday spurned appeals to revise a  draft policy statement that, according to nearly 100 civil-society groups, risks rolling back several decades of reforms designed to protect indigenous populations, the poor and sensitive ecosystems.

By Stephanie Wildes
Indonesia’s rainforests are facing “legal land grabs”, allege NGOs. Its ancient communities are finding that their ancestral lands are slipping into the hands of foreign companies for oil palm cultivation, as demand for the product grows in Europe, India and China.
ADVERTISEMENT ADVERTISEMENT