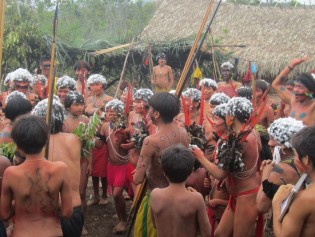 By Humberto Márquez
Up to 80 Yanomami men, women and children in a remote community in the Amazon jungle in southern Venezuela were reportedly killed in early July by wildcat gold miners from Brazil, according to indigenous organisations.
ADVERTISEMENT ADVERTISEMENT